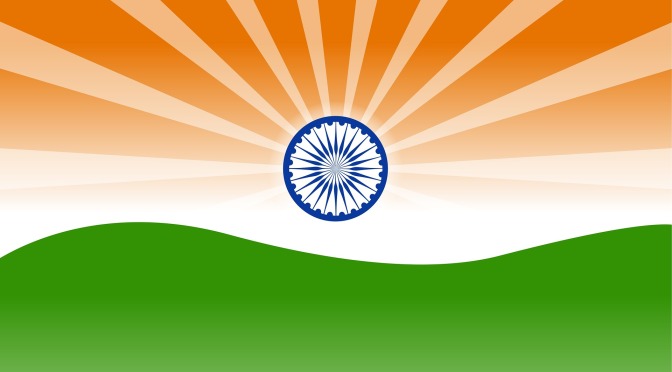 The former Law Minister of India and the senior advocate Kapil Sibal had scathingly criticised and said that “the country is witnessing a new definition of democracy ” 1 , when the Supreme Court ( three-judge bench led by Justice Arun Mishra) rejected Speaker’s plea to stay Rajasthan High Court’s proceedings by deferring the hearing to a future date connected with Anti-Defection Law.

The Speaker of Rajasthan Government C.P. Joshi issued notices to the dissident ruling party Members of Legislative Assembly (MLAs),  Mr. Sachin Pilot and 18 others on 14th   July 2020, on the basis of the absence of Legislators from successive Congress Legislative Party (CLP) meetings and an alleged conspiracy to bring down the ruling Government. The move was aimed to disqualify the dissident members of the Rajasthan Legislative Assembly. The very next day, Mr. Sachin Pilot filed a petition before the  High Court of Rajasthan, challenging the disqualification notice, stating that the Speaker’s notice was served merely for disagreeing with the decisions and policies of some leaders outside the Assembly. In their writ petition filed before the High Court,  19 MLAs sought quashing of notices, stating that the legislators had neither given up their membership of the house nor failed to attend the two CLP meetings, rendering them liable for disqualification on the ground of defection.

Transfer to the Division Bench

The case has been referred to the Division Bench, as the petitioner’s counsel Mr. Harish Salve wanted to challenge the constitutional validity of some provisions of the law i.e. the Rajasthan Assembly Members (Disqualification on the grounds of the changing party) Rules, 1989, and clause 2(1)(a) of the Tenth Schedule of the Constitution, dealing with disqualification on the ground of defection. They contended that the notices issued amounted to an abuse of powers vested in the Speaker as per the Tenth Schedule and an attempt to stifle freedom of speech.2

The Intention of the Ruling party

It was alleged that the ruling party was trying to disqualify the dissident MLAs so that the majority mark of the 200 member assembly would be lowered, making it easier for Chief Minister Ashok Gehlot to win a floor test.

Whereas, on 21st of July 2020, the Division Bench of the High Court of Rajasthan reserved its verdict till July 24th of 2020 and asked the  Speaker not to take a decision on the disqualification notice issued by him. The Ruling Party raised some questions on media platforms about the ruling of the High Court. They were of the opinion that the High Court’s direction is an  encroachment upon the powers of the Speaker.

Thereafter, The Speaker C.P. Joshi moved to the Supreme Court against the Rajasthan High Court’s order.  The main contentions were as follows:-

The dissidents filed a caveat petition in the apex court.  But the Supreme Court ( three-judge bench led by Justice Arun Mishra) rejected Speaker’s Plea to stay High Court proceedings by deferring the hearing to a future date and asked a more pertinent question to the senior advocate Kapil Sibal. “ Whether a legislator’s voice of dissent could be shut down with the threat of disqualification”. Further, the Judge raised a question whether expressing dissent amounted to “voluntarily giving up of the party membership under paragraph 2(1)(a) of the Tenth Schedule of the Constitution and invite Anti-Defection proceedings” and “these were Legislators elected by the people and the larger question was about democracy and how it would survive like that”.

Mr. Sibal argued that, if those MLAs had to voice their dissent, they were free to do so in  party forums. He further said that the dissident legislators had not been attending the party meetings and were trying to destabilise the government.3 The dissidents were sitting incommunicado in a hotel in Haryana demanding a floor test in the media. He told the court that the Speaker had given them a chance to respond to the notice, but they chose to hole up in a hotel instead. Mr. Sibal also questioned the validity of judicial intervention prior to the decision-making stage. He pointed out that the five-judge bench of the Supreme Court headed by Justice M.N. Venkatachaliah in Kihoto Hollohan v Zachillhu and others 4  case 1992, had clarified that judicial intervention prior to the decision-making stage is improper.

But the arguments were futile. The Supreme Court refused to stay the High Court order.

In a sharp criticism of the Rajasthan High Court’s order to maintain the status quo in the disqualification proceedings against dissident legislators, Mr Sibal said that the country is witnessing a new definition of democracy. He criticised that if High Courts started ignoring orders passed by a Constitution Bench of the Supreme Court, then the lawyers could well take off their robes.

In a strongly-worded statement, he asked that, if Governors were going to flout the law and if  courts were not going to accept precedent, why  these institutions were set up by our forefathers.  He claimed that the Rajasthan High Court  had in effect countermanded an order of the five-judge bench of the Supreme Court that made it clear that the court could not interfere in a disqualification petition prior to the speaker’s decision.

The Tenth Schedule was inserted in the Constitution of India by the Constitution (Fifty-Second Amendment) Act, 1985 which came into force on 01.03.1985 and is popularly known as the Anti-Defection Law. The Statement of Objects and Reasons says that this amendment in the Constitution was made to combat the evil of political defections which has become a matter of national concern and if left unchecked, is likely to undermine the very foundations of our democratic system and the principles which sustained it.

The five-judge bench of the Supreme Court headed by      Justice M.N. Venkatachaliah in Kihoto Hollohan v Zachillhu and others 5, had indeed clarified not to have a judicial intervention prior to the decision-making stage. It also  highlighted the aura of impartiality  the Speaker’s office has and the high pedestal on which it is placed by the Constitution.

But the haste in convening the Assembly session and the oblique motive to take advantage of Anti-Defection law created such chaos. The situation could have been avoided. When the case became infructuous, the Speaker requested the Supreme Court to withdraw the  plea challenging the Rajasthan High Court’s interference and the Honourable Supreme Court had allowed it. But the above case has added a new dimension and reveals a new perspective of judicial mechanism.

THE CONSTITUTION OF INDIA [As on 1 st April 2019], GOVERNMENT OF INDIA, MINISTRY OF LAW AND JUSTICE.